Winter can be glorious, and it can also be a real drag.  The best part of winter, if you’re like me, is to be snow-bound with some great books, great music, a fake fireplace, and a big cup of something to ward off the winter chill, while the elements blast away outside. The worst part is trying to get anything done that involves going outside, like going to work.

The last album I made for Atlantic Records had the title Bette of Roses, and it really is a winter album, one meant to be played with the wind howling at the window.  It’s full of sad, rueful ballads, my favorite of which is “Bed of Roses”, by Bonnie Hayes.  Allow me to quote a few lines:

Long, long ago, where the tall grass grows
and the still air is sweet with summer flowers;
in the shade by the stream I would lie awake and dream,
and in dreaming I would while away the hours.
Well, I wasted years,
all the useless, bitter tears.
If I’d known I’d have stopped it at the start.
I knew life was long,
and I knew life could go wrong,
but I never knew my life would break my heart.

To tell the truth, most of the songs on this particular record are pretty rueful ballads.  “To Comfort You”, “To Deserve You” “The Perfect Kiss”, all came into my life around the same time; some from friends and friends of friends, and maybe it was in the air that year, (1995) but they were all strong melodies with melancholy lyrics.  For one of the few times in my recording career, I let them stand without larding them with uptempo tunes from other decades.

“Melancholy” is a beautiful word that doesn’t get used much any more.  It’s so much more evocative and romantic than “manic-depressive”, no?  You can just see the women in white floating through doorways looking for the laudanum.

I am fascinated by “Melancholia”, a disease of the nerves rampant in the 19th century; characterized by gloominess, sometimes called being in a “brown study”.  Truman Capote called it “the mean Reds” and, of course, everyone knows “the Blues”, restlessness, sadness, discontent, dis-ease… I put forward “the winter whites”, and the salve for it is here in “Bed of Roses”.  If you are going to wallow in regret, this is just the soundtrack for it.  Excuse me, while I put mine back on the turntable, and pour us another… 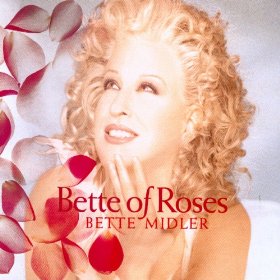