The Tale of the Mandarin Duck: A Modern Fable

Bette will publish a children’s picture book, The Tale of the Mandarin Duck: A Modern Fable, featuring photographs from Michiko Kakutani and illustrations from Joana Avillez, it was announced today by Barbara Marcus, President & Publisher, Random House Children’s Books. The book will be published by Random House Books for Young Readers, an imprint of Random House Children’s Books. Mallory Loehr, SVP, Publisher, Random House Books for Young Readers Group, acquired World rights from Jonathan Ehrlich at Grubman, Shire, Meiselas & Sacks and will edit the project. Additional art from illustrator Joana Avillez was acquired from Kate Mack at Aevitas Creative.
Inspired by the real-life, rainbow-colored mandarin duck that appeared in New York City’s Central Park in 2018, Bette’s modern fable imbues the duck with the magical effect of rousing onlookers to make personal connections with one another over shared experience, which has never been more valued than in this new world of self-isolation and social distancing. Bette’s storytelling voice showcases her wit and her love of New York City and its denizens. This story emphasizes the universal joy that comes from being with others, and celebrates the odd ducks of the city, both human and feathered. Accompanying the prose are vivid photos by Michiko Kakutani and black-and-white line drawings by Joana Avillez. An afterword by Kakutani adds details to the facts behind this one-of-a-kind story of the Mandarin Duck.
“I am so delighted with the way this project turned out,” says Midler. “I have known Michi Kakutani for years, but I never knew her as a photographer, and when I saw her pictures, I knew there was a story there. It came to me practically overnight: the duck that had enchanted an entire city. The real duck’s visit to New York was a cause for celebration; everyone who saw him fell instantly in love. I wanted to memorialize his visit, and let readers know that the natural world is full of creatures just like him, if we only take the time to raise our eyes and actually see them.”
“It is such an honor to be publishing the iconic Bette Midler,” says Loehr. “I appreciate the way that Bette’s story both cleverly and passionately urges readers to connect with each other and the world around them—a message that transcends its New York City setting and speaks to everyone everywhere. That the real-life exquisite and mysterious mandarin duck of Central Park fame is the inspiration makes it that much more special.”
The Tale of the Mandarin Duck will be available simultaneously as a digital audiobook download from Listening Library. 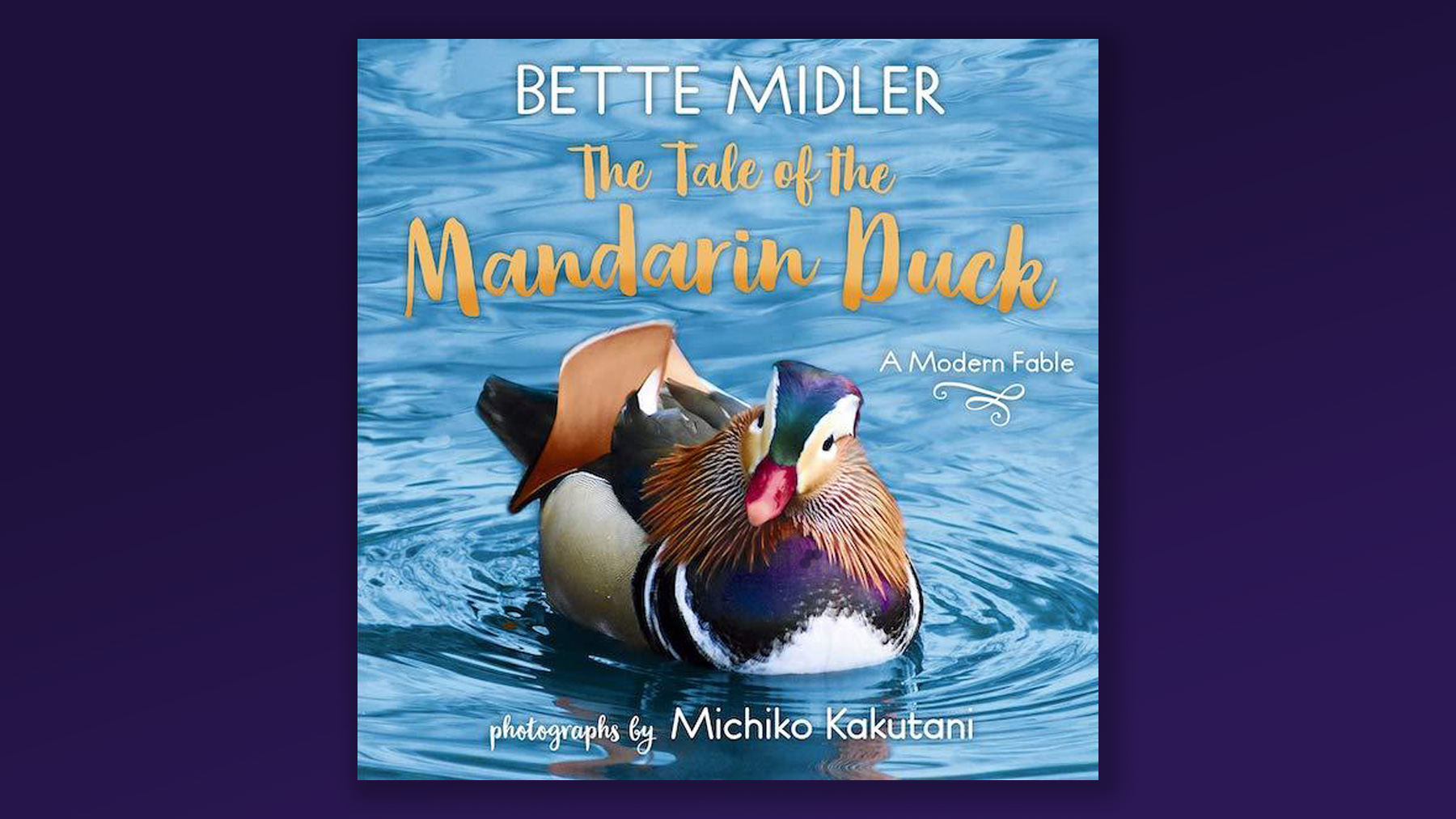