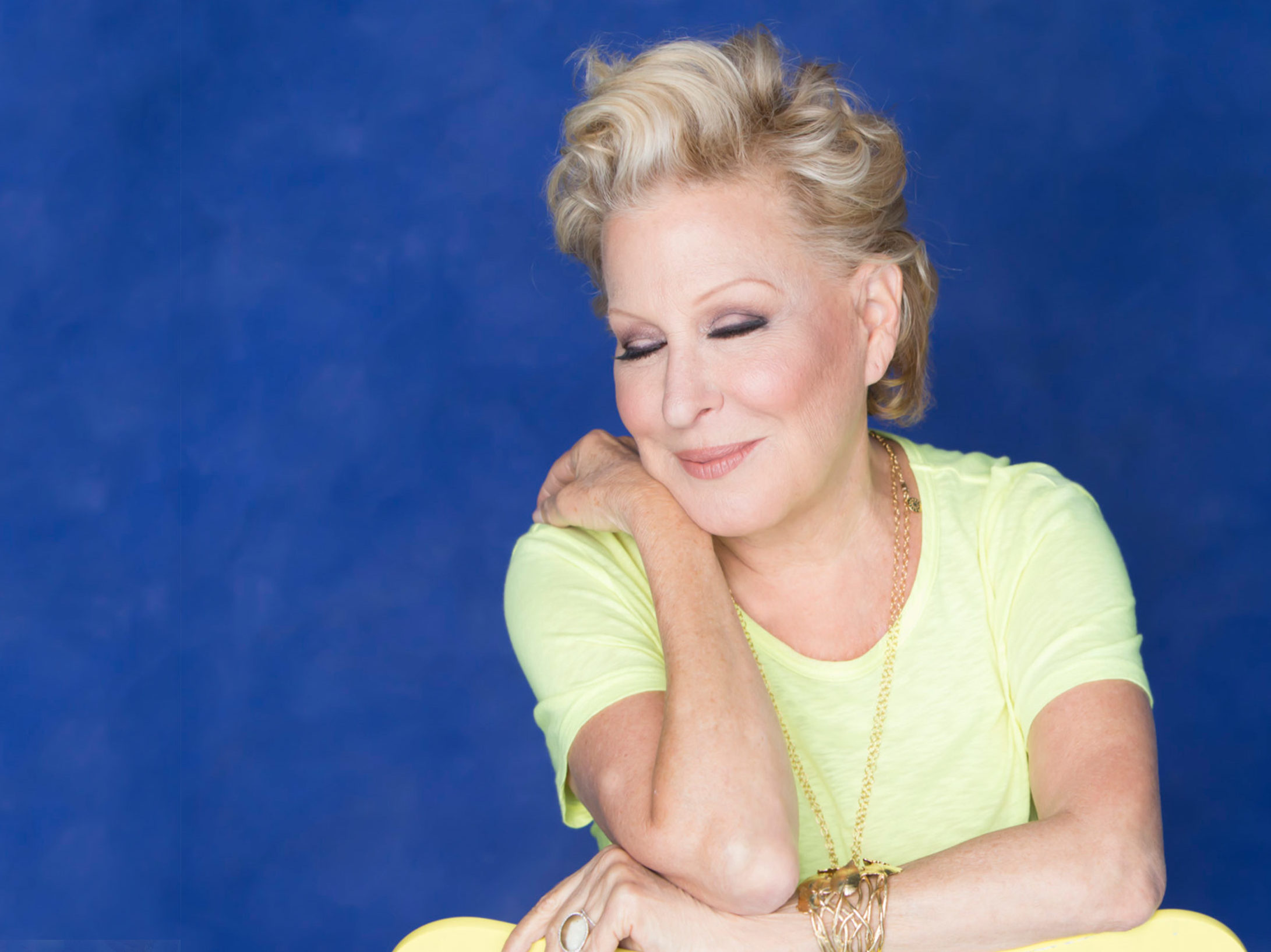 As one of the world’s best-loved and most versatile entertainers, Bette Midler has garnered accolades across all facets of show business. The Divine Miss M’s expansive body of work has been recognized with four Grammy Awards, two Academy Award nominations, three Emmy Awards, two Tony Awards, three Golden Globe Awards, and nine American Comedy Awards. In December 2021, Midler was inducted as part of the 44th Kennedy Center Honors for lifetime artistic achievements. One of the bestselling female singers, her albums have sold over 30 million copies worldwide. Bette began her legendary career as an entertainer in 1965 in New York, where she developed the trademark act that would make her one of the most renowned talents of her generation.

On screen, Bette is set to reprise her iconic role as Winifred Sanders in Disney’s upcoming Hocus Pocus 2. The film will be released in Autumn 2022. She can also be seen in 2 seasons of Ryan Murphy’s The Politician on Netflix. Her film, The Glorias, in which she plays Bella Abzug in the story of feminist icon Gloria Steinem, premiered at Sundance 2020 and was released by Roadside Attractions. Midler also starred in HBO’s Coastal Elites in September 2020.

In April 2017, Bette made her highly anticipated return to Broadway, taking on the role of “Dolly Gallagher Levi” in Hello, Dolly!, winning a Tony Award for her performance. One of the most celebrated musicals in theater history, the adaptation was directed by four-time Tony Award winner Jerry Zaks.

In October 2017, Bette’s iconic 1972 debut album The Divine Miss M was re-issued. The Divine Miss M: Deluxe Edition is a 2-CD set that includes the remastered album, plus a bonus disc of singles, outtakes and demos, as well as new liner notes written by Miss M. This pivotal recording set Bette on her path, driving her more than 50-year career. She has toured the world, published three books and appeared in more than two dozen films, including The Rose, Beaches, Ruthless People, Hocus Pocus, First Wives Club, For the Boys and Parental Guidance. In addition to her work on stage and in films, Bette has made her mark in television with the Emmy Award-winning CBS special Ol’ Red Hair Is Back and several HBO concerts; “Live at Last” and “Art or Bust”, and the Emmy Award-winning “Diva Las Vegas”.  In 1992, she starred in the CBS television adaptation of the musical Gypsy, for which she won both a Golden Globe and the National Board of Review Award for her performance. In January 2009, she concluded her sold-out Vegas spectacular The Showgirl Must Go On, at Caesars Palace, with more than 200 performances.

In 2014, Bette released her latest album It’s The Girls, a stunning new recording that pays tribute to girl groups through the ages. It’s The Girls is a jaunty and celebratory collection of some of the greatest harmonies performed by girl groups such as The Ronettes, The Boswell Sisters, The Andrew Sisters, The Chiffons as well as Motown acts like Martha Reeves and The Vandellas, and The Marvelettes, among others. The album reunited Midler with long-time collaborator and Award-winning composer Marc Shaiman who produced the album. It’s The Girls features 15 songs that span time from The Andrews Sisters’ original performance of “Bei Mir Bist Du Schön” in 1937 to R&B group TLC’s 1994 hit song, “Waterfalls.” On the title track, Bette offers a brilliant rendition of The Boswell Sisters (known for their unpredictable harmonies and key changes) tempo-shifting pop classic “It’s The Girl.” The album effortlessly showcases Bette’s distinctive and versatile vocal range while honoring timeless classic melodic harmonies.

On the heels of the new album’s release, Bette returned to the stage for her first major tour in a decade in 2015. The 22-city US nationwide tour included stops at the Staples Center in Los Angeles and Madison Square Garden before crossing the pond for 5-city UK tour, her first tour in the UK in 35 years.

In addition, Bette performed her signature song “Wind Beneath My Wings” to a star-studded audience and record-breaking number of viewers at the 2014 Academy Awards. In March 2014, Bette reminded fans of her uncanny wit with the reissue of her 1980 memoir A View From A Broad, which details her first world tour.

After a nearly 40-year absence, Bette returned to Broadway in 2013 to star in the critically acclaimed, sold-out one-woman play I’ll Eat You Last where she played the legendary Hollywood agent Sue Mengers.  Her performance was hailed by The New York Times as “the most lusciously entertaining performance of the Broadway season.” She reprised her role in the West Coast premiere in Los Angeles in December of that year.

In addition to her career as a performer, Bette is active in various social causes and in 1995 founded the New York Restoration Project, an open space conservancy and New York City’s largest private land trust. NYRP is dedicated to protecting and preserving community gardens and other green spaces throughout all five boroughs, and in collaboration with the New York City Parks Department, has planted over 1,000,000 trees in New York City.

With her fresh and audacious perspective, Bette Midler is a living legend.